Available to read in Historical Research 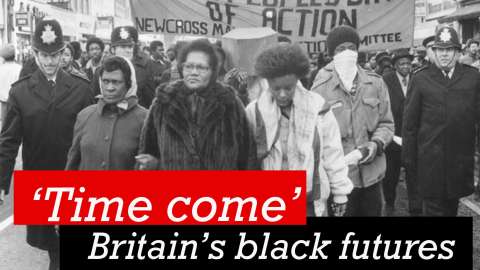 The IHR’s annual Historical Research lecture was given, in 2019, by Dr Rob Waters at Queen Mary, University of London.

The lecture was followed by a conversation with Dr Kennetta Hammond Perry, director of the Stephen Lawrence Research Centre at De Montfort University.

Rob’s lecture is now published in the IHR’s journal, Historical Research. In addition to Rob’s article, the November 2019 issue of the journal includes a response and commentary from Kennetta:

Image shows the march, on 2 March 1981, of the Black People’s Day of Action which followed the New Cross fire on 18 January, in which 13 young people were killed.