British professional services, Eurasian elites and the transformation of international security in the post-Cold War era 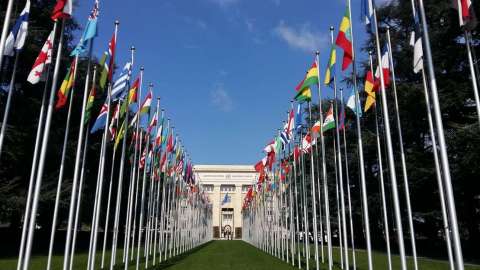 European and especially British security is undergoing transformation under new global conditions.  The presentation will tell a new story of the post-Cold War era: one of private "enablers" tying Britain to "kleptocratic" elites, particularly those of post-Soviet Eurasia, and thereby transforming the security relations between the states they represent.  It is based on a research project which provides the first comparative and historical study of the transnational ties between British professional service providers and their Post-Soviet Eurasian clients.  These elites - often new, post-Cold War billionaires and political exposed persons - may be denoted as kleptocrats in so far as they fuse political and economic power.  They are transnational or global in that this personal power extends beyond Eurasia via their investments and political connections.  It is their ties to lawyers, bankers and other professionals who act as enablers of the laundering of their money and reputations that are creating new international political conditions.

Domesticity and Diplomacy: the subordinate and insubordinate staff of the nineteenth-century Foreign Office

Reading the Psalms in the Carolingian Age: Jerusalem and Jewish history in the St. Gall Psalter Gloss