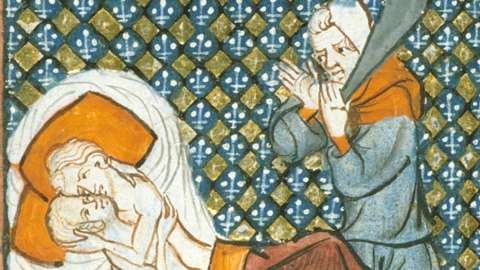 In discussing Barry Jenkins’ film Moonlight (2016) and Danez Smith’s poetry anthology Don’t Call Us Dead (2017), this seminar will focus on these texts’ engagement with queer Black subjectivity, with particular attention being paid to language, resistance and refusal, visuality and the body. This talk forms part of a larger project that hopes to examine the aesthetics of Black queerness, and think about the potentialities that these aesthetics offer, which will allow interrogation of identity, corporeality, and temporality as they are experienced by the Black subject. In this examination, a variety of texts will be analysed, including Jericho Brown’s The Tradition (2019), Janelle Monáe’s Dirty Computer (2018), Jay Bernard’s Surge (2019), Akwaeke Emezi’s Freshwater (2018), as well as Jenkins’ Moonlight and Smith’s Don’t Call Us Dead.

Jonathan Ward is a Lecturer in American Literature at King’s College London. His doctoral work examined racist narratives attached to the black male body and the function of these narratives in maintaining white supremacy. More generally, he is interested in somatic disciplinarity and representations of the body, which feeds into his new interdisciplinary project American (M)Others, examining the use of mothering in American culture as a disciplinary framework, and the way that this intersects with the body.

End of Term Roundtable: An open conversation about PhD life and Research