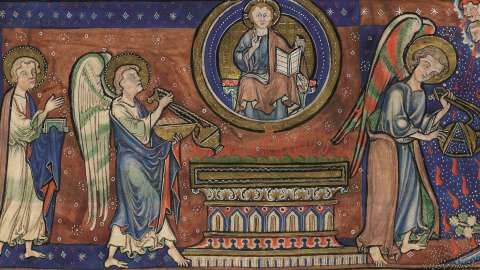 Most of my research centres on religious figures and how they operated in their political, cultural and spiritual landscape. I am especially interested in monks, hermits and female religious, and in relations between Latin and Greek Christians in the Middle Ages. Understanding what ‘sainthood’ meant in the Middle Ages, how saints were thought to operate, and how people wrote about them, forms a large part of my research and teaching. I am also interested in pilgrimage, especially to the Holy Land, and what the practices of devotion to shrines tells us about medieval religious culture. My research on ascetic aspects of monasticism has also developed into a broader interest in the cultural history of food, feasting and fasting, especially in the Middle Ages.