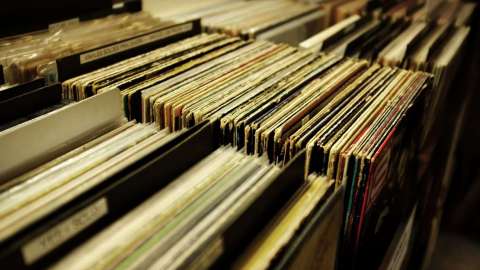 As mass print culture developed in the nineteenth century, observers conceptualized the proliferation of texts using statistical methods. The entanglement of literary and numerical discourses, what I call “the accounting of literature,” is evident in a range of domains—from sociological studies of reading practices, to data gathered in the publishing industry, to the application of statistical thinking to literary judgment and interpretation. The accounting of literature is typically set in anxious opposition to aesthetics: the subjectivity and enchantments of literature remain, we are told, incompatible with the objectivity and logic of numbers. There are, however, nineteenth-century counter-narratives that have gone largely overlooked, and adventure fiction is one example of how the accounting of literature inspired not only worry but wonder. Taking Robert Louis Stevenson’s Treasure Island as a case study, and projecting counter-narratives forward using Steven Spielberg’s Raiders of the Lost Ark, we can see how aesthetics in an age of information and mass media need not always fear the ascendency of numbers.

Maurice Lee is Professor of English at Boston University, where his work focuses on nineteenth-century American and British literature. He is the author of Slavery, Philosophy, and American Literature, 1830-1860 (Cambridge UP, 2005), Uncertain Chances: Science, Skepticism, and Belief in Nineteenth-Century America Literature (Oxford UP, 2012), and Overwhelmed: Literature, Aesthetics, and the Nineteenth-Century Information Revolution (Princeton UP, 2019). He has also edited The Cambridge Companion to Frederick Douglass (Cambridge UP, 2012). Professor Lee has received awards from the Melville Society, Poe Studies Association, and the Association of College and Research Libraries, as well as fellowships from the NEH, ACLS, and Radcliffe Institute for Advanced Study. You can read more about him here: https://www.bu.edu/english/profile/maurice-lee/

Further details about the seminar are available through the Media History blog: https://mediahistoryseminar.wordpress.com/