The name Hola, for generations of Kenyans, stands for the tragic apotheosis of British colonialism, ranking alongside Amritsar and Bloody Sunday as clear evidence of the elemental brutality that undergirded  the British mission civiliatrice. At this camp on the 3rd of March 1959, seven years after the beginning of the  Kenya Emergency declared in response to the emergent Mau Mau Uprising, 11 men where beaten to death  by warders. As news trickled out, the wave of public fury in Britain and elsewhere accelerated constitutional  developments and eventually brought the end of the Kenya Emergency in early-1960.
However, Hola was not just another camp in Kenya’s ‘Pipeline’, the system of detention without trial  designed to ‘rehabilitate’ former Mau Mau supporters. The camp was an exile settlement, designed to  permanently remove a class of ‘hardcore’ Mau Mau from the Gikuyu heartland in Central Province.  Stemming from anthropological understandings of African life, colonial administrators hoped to construct a  new community on freshly irrigated land, where over the course of a generation these ‘fanatics’ would be  reconciled to colonial rule. At Hola the grand designs of developmental colonialism became entangled with  the intimate, everyday coercive violence that underpinned it, brought most palpably to the fore by the March  1959 massacre.
This paper relies on recently released archival evidence, the so-called ‘migrated archive’ of files  from Kenya taken back by retreating British colonial officials and secretly stored in England until 2011 when  they were released after a High Court case lodged by ex-detainees. This paper in particular will utilise the  many petitions from settlers at Hola. These reveal the agency of detainees behind the wire, and the complex  ways in which they interacted with and resisted the designs of the colonial state. Moreover, the paper will  argue that exile was not just a penal measure, but a manner in which the colonial state pursued reconciliation  both in the reserve and among the ‘hardcore’. Through the rejection of this model, the ex-detainees took an  active role in shaping the future politics of reconciliation in Kenya.

Niels is a first-year PhD student at the University Warwick, working in a collaborative project with the  Imperial War Museum. His thesis consider the legacies of the Mau Mau Uprising in late and post-colonial  Kenya, with a specific focus on processes of microreconcilliation and the local politics of independence. The  study will combine recently revealed archival material and oral histories with survivors of the conflict in  Kenya.

‘If we are going to sin, we must sin quietly’: The legacies of the Mau Mau rebellion
The Mau Mau Rebellion of 1952-1964 saw the British colonial government incarcerate some 80,000 Kikuyu, Embu and Neru Kenyans in a 'pipeline' of detention camps. Camp detainees were subjected to horrific abuse and interrogation, while many suspected rebels faced the hangman's noose. The physical, psychological and economic repercussions of the camps still rages on in contemporary Kenya with ex-detainees still living without the land they fought for in the rebellion and still suffering from the abuses they endured. However, modern litigation seeking compensation for the mistreatment in the camps, which began in 2011, was monumentally successful. The former detainees received compensation, a public apology, and even the erection of a memorial in Nairobi, fully paid for by the British Government. The cases also revealed that the British Government had been hiding thousands of colonial documents for decades at a warehouse in Hanslope Park, which it was then ordered to release. Following on from this success,  in 2018, 40,000 Kenyans descended on the English courts seeking damages for the sufferings they had endured within the camps. However, this legal action has been dismissed due to the fifty-year delay. This paper will discuss the legal proceedings and outcome of the 2011 court case while highlighting the need for further legal action to rectify colonial wrongs which the British Government continues to ignore. It will reveal the horrific conditions of the British detention camps and the 'Psychological warfare' campaign launched by the British to justify its actions. The paper will highlight the need for continued post-colonial atonement in order to alter public understandings of the British empire and Britain's decolonisation methods.

Lauren Brown is a history graduate of the University of Dundee (MA, Hons) (MLitt) and  currently applying to study a PhD at the university. She specialises in African history focussing on the Mau Mau Rebellion in Kenya (1952-64). 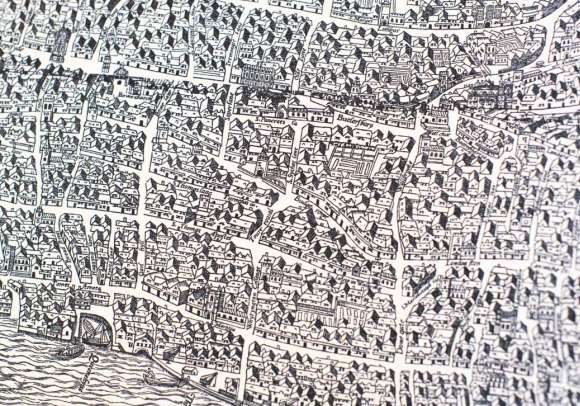 ‘Shorditch Rents’: two hundred years In the life of a London boarding house