Obama vs. Trump: The Politics of Rollback 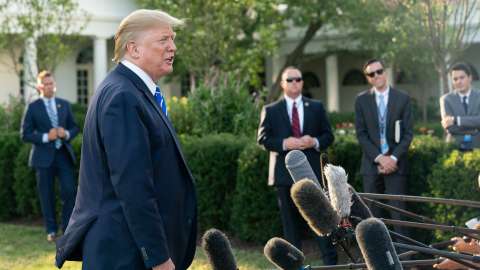 In 2008, in what seemed a seminal moment for American politics, the United States elected an African American as President. Yet, eight years later, the nation put Donald Trump – the very antithesis of his predecessor – in office. This talk by scholars Clodagh Harrington and Alex Waddan, which marks the publication of their new book on Barack Obama, examines the legacy of the Obama presidency and investigates how far the Trump administration has reversed it.  It puts Trump in historical context by considering how successful other modern presidents have been when attempting to overturn the work of their predecessors in the White House. Shifts in priorities, policy changes, and the imprint of presidential leadership will be considered in assessing both Obama’s legacy and Trump’s efforts to keep his promise to reverse the direction taken by the Obama White House. Looking beyond the noise and hyperbole, this talk examines how robust the Obama legacy has proved to be in the face of Trump’s challenge.  Clodagh Harrington is Senior Lecturer at De Montfort University, and her many publications include Obama’s Washington (2014).  Alex Waddan is Associate Professor at the University of Leicester; his numerous publications include Clinton’s Legacy?: A New Democrat in Governance (2002).  Their new book, Obama vs Trump: The Politics of Rollback, is to be published this autumn by Edinburgh University Press.