Othering the English: Dutch National Identity and the Sea, 1600-1815 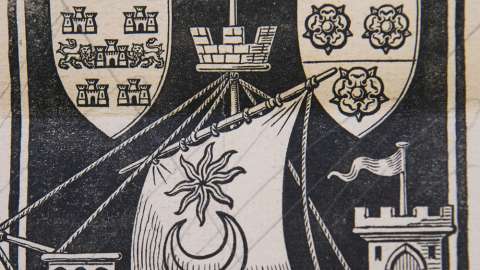 Early-modern navies were not just a sum of their ships, dockyards and sailors - they were also cultural constructs. Successive Dutch regimes used various media to associate themselves with sea power, emphasizing how a strong fleet served the nation’s interests. Individual politicians and officers also used propagandistic tools to underline their own personal relevance. Artists and authors, such as the van de Veldes and Cornelis van Wieringen, eagerly catered for these agendas and fed a public appetite for naval subjects.

Dr Gijs Rommelse will show how sea power was vital to the shaping of Dutch national identity. Ideologies centred around the sea created a shared sense of purpose, helping to explain why the Dutch nation was prepared to sacrifice so much to sustain its navy. Dutch portrayals of their English, and later British, maritime rivals were crucial to this enterprise. In this free talk, Dr Rommelse will draw on songs, poems, paintings and other cultural sources to show how the Dutch constructed their self-image.