Public examinations in secondary schools in the early 20th century: What undermined radical attempts to restrict them? 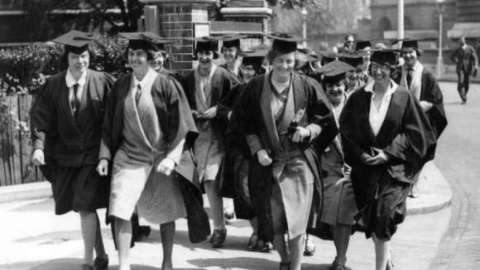 Much has been said in recent months about there being a need for a radical review of society in Britain, as there was after the Second World War. In the field of education, a radical consequence of the Covid19 pandemic has been the elimination of externally-set school examinations for 16 and 18 year-olds, but whether this will lead to more wide-ranging effects is yet to be seen. From the 1940s, a report which supported the Education Act of 1944 is now less celebrated than the Beveridge Report which led to the creation of the modern welfare state. But on examinations the Norwood Committee could be seen to have been proposing the actions that were taken last year.

So there were attempts to restrict the effects of examinations in secondary schools in the first half of the C20th. This seminar will focus on two of them, both of which resulted in officially produced documents: the Acland Report of 1911 and the Norwood Report of 1943. The first of these was produced by the Board of Education’s Consultative Committee under the chairmanship of Arthur Acland. It was part of the debate about what the national school examination system should be like. The second report came from a committee set up to review the school curriculum and examinations, part of the planning for education after the war. R.A. Butler commissioned the report in preparation for the 1944 Education Act. Norwood’s proposal on examinations, which was supported by the Ministry of Education, was that external exams for 16-year-olds should be brought to an end.

This seminar raises the issue of what might be learned from history that is of value to us today. The position I will take is that if we are to learn anything from history we should make sure first that we have got the history right. So I focus on what was being thought about school examinations in the first half of the last century and on what people said about the decisions that were being taken at the time. It may be that education has changed so fundamentally since then that their thinking now has little relevance. But this seminar will point to various educational and social influences that had a major impact on examinations policy in those days. It  will suggest that, at least before opting for any major reform, we should be clear about what the influences are that we must take into account.

Dr Andrew Watts was a secondary school teacher in England before working in education in Singapore in the 1980s. When he returned to England he began work for Cambridge Assessment in 1992 where he became a director and set up the Cambridge Assessment Network. He took early retirement from there in January 2009. In 2019 he completed a PhD at Cambridge University about the history of the School Certificate examinations (1918-1950). He has also collaborated on consultancies, publications and courses on the theme of assessment.

All welcome- this seminar is free to attend but registration is required.

Want to do a Post Doc? Tips and Tricks about Applications and What to Expect

“All fearing he would kill them with his eye”: Not Seeing, Seeing, and Being Seen During Seventeenth-Century Plague Outbreaks