Find out more about Food History Collections in the IHR Wohl Library. We collect historical sources and guides to finding and using sources. This page shows selected food and drink history materials across the library’s collections. 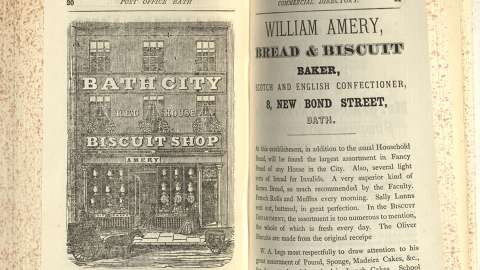 The history of food and drink has been documented extensively throughout history. Consequently, works relevant to the production, trade and consumption of food and drink can be found throughout the library’s collections. While there are a number of publications devoted explicitly to the history of food and drink itself, sources can also be found in the library’s collections of trade directories, exhibition catalogues, household accounts, and personal diaries. In addition, the hosting of a major international conference on 'Food in History' at the Institute of Historical Research in July 2013, resulted in an expansion of the library's holdings.

Due to the relevance and appeal of food and drink across historical disciplines, and also to the library's collections being mostly arranged geographically, relevant materials are dispersed across the Library. As an example, the history of food and drink during the Second World War can be found within the library's military holdings, as a leaflet from 1942 giving advice to American servicemen posted in Britain illustrates. The pamphlet notes, 'the British don't know how to make a good cup of coffee. You don't know how to make a good cup of tea. It's an even swap.' (United States War Department, Instructions for American Servicemen in Britain, 1942).

Similarly, an extensive collection of sources on the history of food and drink can be found within the library's General collections, with a gathering of holdings at classmarks E.1 and E.3.

One notable example of a work that is not easily discernible as relating to the history of food and drink, but which contains significant material on the history of this subject, is Jonathan Reinarz's chapter entitled, 'Learning by Brewing: Apprenticeship and the English Brewing Industry in the Late Victorian and Early Edwardian Period' in De Munck, Bert, Kaplan, Steven L. and Soly, Hugo (eds.), Learning on the Shop Floor: historical perspectives on apprenticeship. In this regard, the history of food and drink can be seen to be prevalent in a wide range of sources. Selected examples from across the library's collections are outlined below.

Selected examples with extensive writings on the history of food and drink include:

Current copies of most journals are on open access in the current periodical room on the ground floor, back issues can be ordered from the onsite store. Many are also available online within the library via the links on the catalogue entry. Selected relevant examples concerning the history of food and drink include:

The Guildhall Library collections contain an internationally renowned collection of works on wine and food, including the library of the International Wine and Food Society and the André Simon collection based on the personal library of the late André Simon (1877-1970), the eminent food writer and historian. The Library also houses the records of the City of London Livery Company archives and the London Metropolitan Archives have produced an online guide to searching livery company documents.

In addition, the National Library of Scotland has an extensive collection of Scottish Post Office Directories, many of which are available online. Similarly, the University of Leicester's Special Collections Online contains a collection of digitised trade directories covering England and Wales from the 1760s to the 1910s. 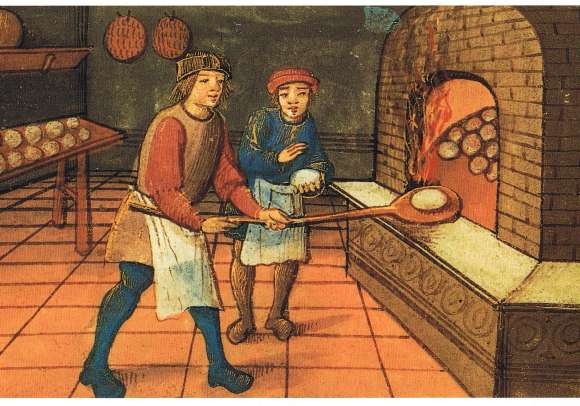 Launched at the IHR in 2017, the Food History Seminar provides an inclusive setting in which food historians, academics and experts working in related fields.