Find out more about Low Countries collections in the IHR Wohl Library, which is one of the richest resources for the research of Low Countries history outside the region itself. 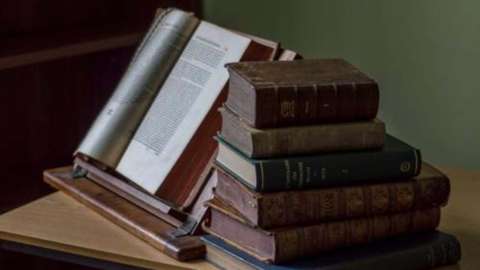 Collecting works on the history of the Low Countries has always been a central priority of the Institute’s library since its inception. In 1921, the same year the Institute was founded, the eminent Dutch historian Pieter Geyl convinced the University of London’s Dutch Studies Committee to transfer the Low Countries holdings of the library of Bedford College for Women to the brand new Institute:

I am very anxious indeed to transfer these books to the institute, as I am convinced that there can be no place where they could be of greater use to the historian in general, and I venture to say they would form a real asset to the institute. - Pieter Geyl, 1921.

Since then this core has been augmented by major donations, notably from the Dutch government, which from October 1925 has presented thousands of items on perpetual loan to the library, many of them from the seventeenth and eighteenth centuries. Other major donations have come from institutions such as the Archive Générale de Belgique, made in the early 1960s, as well as individuals such as Pieter Geyl himself, Koenraad Wolter Swart and Jonathan Israel.

In short, this generosity, as well as decades of purchasing, has resulted in a collection of approximately 4,500 items - one of the richest resources for the research of Low Countries history outside the region itself.

Arrangement of the Collection

The collection has a similar structure to many of the other geographical collections in the Institute: starting with bibliographies, archive guides, and auxiliary subjects (including historiography), then more general primary source and reference materials. Afterwards, due the nature of the history of the region, Dutch (including Dutch colonial history) and Belgian history have their own separate sub-collections. Then, it moves on to local history, going from Frisia in the north to Liège and Luxembourg in the south. Finally, one can find an extensive collection of Dutch and Belgian historical periodicals. For a summary, see below:

The library has a large collection of bibliographies and guides to a number of archives including the main national collections, the Algemeen Rijksarchief of the Netherlands and the Archives Générales of Belgium, as well as those of many cities, towns, and individuals. You can also find a collection on the historiography of the Low Countries at the end of the section.

Examples from this section include:

The collection includes an extensive run of two vital series for anyone undertaking research in this field: the works published by the Historisch Genootschaap te Utrecth, and the Rijks Geschiedkundige Publicatieën (Grote and Kleine series). Moreover, there is also a large collection of reference works, medieval works on the Low Countries, and sources on the early Habsburg Low Countries and first few decades of the revolt.

Dutch Republic, from the War with Spain to the Late 18th Century

The material on the United Provinces during the Gouden Eeuw (c. 17th century) and the 18th century is the primary strength of the entire Low Countries collection. This sub-collection includes published letters, diaries, institutional records, and early printed pamphlets highlighting aspects of the political, religious, commercial, and social history of the Dutch Republic, as well as contemporary histories, written during the 17th century, giving a narrative of the Low Countries’ struggle with Spain. Together with the relevant parts of the general, Belgian, colonial, and local collections, this is an excellent resource for anyone interested in the early modern Netherlands.

Although relevant items on the area that became Belgium can be found in the sections on the medieval Low Countries and local history, the library has a collection devoted to Belgian history since the Union of Arras (1579) to the twentieth century, with a particular emphasis on the periods from the eighteenth century to the First World War.

The various cities, towns, religious houses, and social institutions of the Low Countries have left a rich resource of documentation which is reflected in the collection's local holdings. It has already been mentioned how this sub-collection would be of relevance to anyone researching more general topics in Dutch and Belgian history - and indeed anyone interested in wider European themes in urban or commercial history. However as one might expect, it would be equally valuable for anyone with a more local research focus. Overall the collection is strongest for the medieval and early modern periods with particular strengths including Amsterdam and Holland, the city and province of Utrecht, Flanders, and Antwerp.

Works on Dutch and Belgian exploration and imperial expansion can be found in the Low Countries collection itself and also the library’s colonial collections. In the Dutch collection there is a sub-section devoted solely to Dutch colonial history, comprising mainly of published letters, travel journals, and the publications of the Linschoten Society, while in the library’s colonial collections one can find material on New Netherland, Dutch colonisation of South Africa and the Belgian Congo.

Complementing the entire collection are the library’s holdings of Low Countries periodicals. These consist of long runs of general titles central to the historical research of the Low Countries, specialist titles with a narrower geographical, topical or chronological scope, as well as runs of now rare nineteenth century titles.

Most of the Low Countries collection is on open shelves and sits alongside some of the Institute’s other European history collections including France, Spain and Germany. Nearby are the United States and British holdings; we hope this will be of benefit to researchers not only of Low Countries history but also for those engaged in comparative, transnational subjects.

Examples of relevant material in other collections:

Other useful libraries and institutions in London 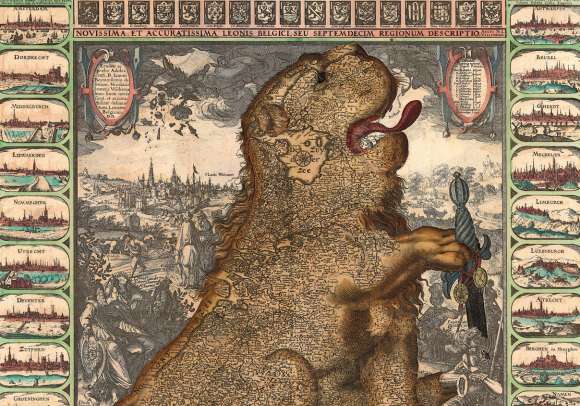 The Low Countries Seminar is an interdisciplinary group with wide-ranging interests in the history of the Netherlands and Belgium.

Discover the General History Collections in the IHR Wohl Library