Where are/were the women? Landladies midwives and working class women in Somers Town 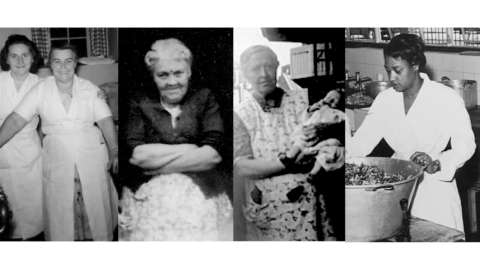 Women have been the backbone of this working class area - from the first women chartered surveyor setting up a firm employing landladies collecting rent to legions of midwives bringing babies into the world- their voices unheard. We will look at the mainstays of community work today.

This event is organised by Somers Town Space.

Where are/were the women? Events

The address for these sessions are: 52 Phoenix Road, NW1 1HR.

Sex workers or Prostitutes? Force of circumstances or empowerment?

Guest speaker Ciezerina Dhiwali, a worker who helped sex workers in this area, gives a unique insight into this controversial aspect of women's work.

The 'oldest profession' is an occupation that many working-class women would take on during times of need.

Kings Cross / St Pancras has a long history of sex work, drugs and crime. with some locals wanting  a 'wall' against these 'vices'.

23 November: Working class women: Where were the Women? Landladies midwives and class

Women were the backbone of community in the working class area of Somers Town – from the 'Landladies' collecting rent; the community organisers and carers; to the legions of unofficial midwives bringing babies into the world and sex-workers - women’s work that was undervalued and unrecognised.

Three lively talks take in class, community and work through and roles of the women's (often unrecognised) roles which held communities together.

It was in Somers Town that the first female chartered surveyor worked, marking the shift to professionalisation of the work of the middle class Housing Manager. In parallel, the work of working class midwives was recognised through the new qualifications of midwives.

THIS EVENT IS IN PERSON AND ONLINE - LINK TO BE SENT

This is also a chance to welcome you into our new space: 'A Space For Us' - a new space in which to tell the stories of the radicals, the reformers and the un-common people that made this fascinating area. An exhibition will be shown.

Esther Leslie is a Professor of Political Aesthetics at Birkbeck, University of London, in the School of Arts. She has written several books on topics as diverse as animation, colour, milk, liquid crystals and screen devices. Esther is the academic lead and one of the main collaborators in A Space For Us.

Carrie de Silva (LlB (Hons) MA ATT (Fellow) FHEA) is Principal Lecturer at Harper Adams University and author of many works about women, include Irene Barclay, including 'First among equals" for RICS Building Control Journal, an entry for the Oxford Dictionary of National Biography, as well as 'A Short History of Agricultural Education and Research, First Women

Jane Read is Emeritus Fellow at the University of Roehampton, London, UK and a member of the Early Childhood Research Centre. At Roehampton, Jane introduced students on Under- and Post- graduate Early Childhood Studies courses to the historical context for their studies, with a focus on Froebelian pedagogy. She continues to teach on the Froebel in Childhood Practice course at the University of Edinburgh and is a member of the Froebel Trust. She has recently co-edited a book on the women who promoted Froebelian pedagogy in Britain which includes a chapter by Jane on Esther Lawrence - the founder of Somers Town Nursery School.