Adele is a historian of Byzantine and Norman southern Italy, currently completing her PhD, titled ‘Imagined Calabria: Power and Community in the Italo-Greek Lives’, at St John’s College, University of Oxford. She previously completed a BA in History and an MPhil in Late Antique and Byzantine Studies, also at Oxford. 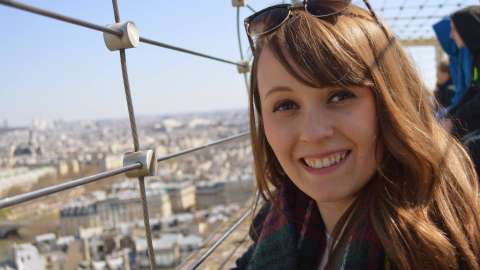 Her doctoral research, funded by the A.G. Leventis Foundation and supervised by Professors Chris Wickham and Catherine Holmes, focuses on a corpus of hagiography produced in Italy about holy men who lived in the province of Calabria between the ninth and twelfth centuries - that is, throughout the region’s period of transition from a Byzantine province to a Norman one, and from a Greek-speaking area to a Latin-speaking one. Adele approaches these texts as folk tales with many layers and multiple meanings, in contrast to a prevailing historiographical narrative which takes them at face value and which has resulted in Calabria being relegated to a region of little or no importance among many historians of the medieval Mediterranean and Mediterranean connectivity.

More widely, Adele is interested in the importance of southern Italy in general and Calabria in particular to conversations being had both within and without the academy, on the history of climate and environment, nationalisms and national identities, and language and identity.