Anna McKay is a historian of confinement and the British maritime world. Her research project while at the IHR is entitled ‘All at Sea: Global Prisoners of War in the Eighteenth Century, 1793-1815’. The project will explore how war captivity and sites of confinement intersect with larger histories of imperialism, conflict and forced migration. 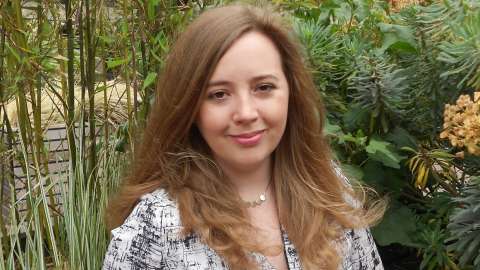 Anna’s PhD was funded by the Arts and Humanities Research Council as a Collaborative Doctoral Project between the University of Leicester and the National Maritime Museum, Greenwich. Her thesis, ‘The History of British Prison Hulks, 1776-1857’, was submitted in 2019. It is the first academic study to examine the social, cultural and administrative history of convict and prisoner of war shipboard confinement within a single frame of analysis, and intersects with histories of punishment, penal transportation and war captivity. Prior to her appointment at the IHR, Anna undertook a short-term Caird Research Fellowship working on a project entitled ‘Prisoners of War at Melville Island, Nova Scotia, during the War of 1812’.

As Pearsall Fellow, Anna will lay the foundations of the first global history of war captivity between 1793-1815. Analyses of spaces of confinement across Britain and France have provided a lens through which to glimpse the repercussions of international conflict at a local level. However, few works assess these spaces and interactions on a global scale. This project will expand upon Anna’s doctoral research into war captivity and will de-centre Europe – and the lives of officers and social elites – as the locus of scholarship.

Anna has undertaken archival research in the UK as well as in Australia, Bermuda and Canada, and conducted fieldwork in dockyards and former prisoner of war depots and penal colony sites across the world. She has promoted her research online, through volunteering, exhibition curation and media work. In 2018, Anna undertook a Research Councils UK Policy Internship with the Department of Digital, Culture, Media and Sport, writing an evaluation of the UK City of Culture Competition. Following this, she was part of the inaugural cohort of the AHRC and Edinburgh Television Festival’s ‘TVPhD’ scheme.