Dr Colm Murphy is a historian of modern Britain and Ireland, specialising in politics and political economy. He researches the impact of deindustrialisation, financialisation, constitutional agitation, and European integration on the British left in the late twentieth century. His research highlights the adaptiveness and vitality of traditions other than ‘neoliberalism’ after the 1970s, and the plural sources of tensions today. 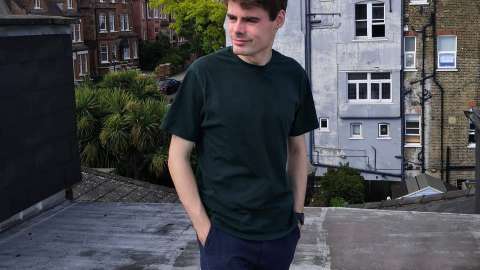 Colm studied for his BA (2016) and MPhil (2017) degrees at the University of Cambridge, before beginning his doctoral research at Queen Mary University of London. His PhD, submitted in 2020, examined ideas of ‘modernisation’ in the Labour Party from 1973 to 1997. Conventionally, ‘modernisation’ refers to leadership-driven internal reforms and the rise of ‘New Labour’. Yet, Colm’s thesis demonstrates the seductiveness of ‘modernisation’ for a diverse array of socialists, and the contested meanings of ‘modern socialism’. It thus uncovers the competing paths open to a troubled party, as it grappled with electoral exile, economic iconoclasm, constitutional tension, and social change. It also provides a contextualised account of New Labour’s origins and demonstrates the importance of ‘modernity’ for technocratic social democracy. He hopes to develop the thesis into a monograph.

At the IHR, Colm is examining the crises of British Keynesianism from the 1970s to the 1990s, especially in response to deindustrialisation, European integration, and globalisation. His project focuses on the heterodox, 1970s ‘New Cambridge’ school of post-Keynesian economics – which controversially advocated protectionism and fiscal constraint – and assesses its impact on both the economic establishment and the left. It also follows ‘New Cambridge’ cheerleaders Wynne Godley and Francis Cripps through the 1980s and 1990s, and traces their subdued but enduring political influence in the UK, the United States, and the European Union.

Elsewhere, Colm maintains an interest in modern Irish history, and has written on the 1913 Dublin Lockout. His work has been published in Twentieth Century British History and History Workshop Journal, and also Prospect and Renewal. Colm has taught History at Queen Mary since 2018, and during his PhD co-ran an IHR postgraduate reading group. His research has been generously funded by the IHR, Past & Present, Queen Mary, and the Society for the Study of Labour History.

'The "rainbow alliance" or the focus group? Sexuality and race in the Labour Party's electoral strategy, 1985-7, Twentieth Century British History 31:3 (2020)

Other articles and blogs