Damian Clavel is a historian of European financial markets and colonialism. As the EHS Anniversary Fellow for 2020-21, he is working on “Failing an Indigenous Utopia: A Financial History of the Miskitu Shore in the Age of Revolution,” which identifies if and how particular American indigenous polities sought and managed to access early 19th-century British capital markets. 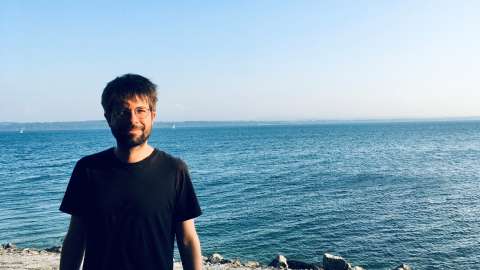 Damian is interested in combining micro-history and global history of capitalism. His doctoral dissertation, “Fraude financière, dette souveraine et impérialisme d’affaires,” revisits the particular case of the “fictitious” country of Poyais established in Central America between 1820 and 1824, often portrayed as the “most audacious fraud in history.” This thesis focuses on reintegrating this episode within its historical environment, defined by a rise of private English commercial and financial projects aimed at taking advantage of the resources of politically ill-defined American territories. Shedding light on the foundations of credit relationships between new American states and the City of London, this research reflects the importance of considering how local realities of peripheral and metropolitan agents affected transatlantic commercial networks and financial markets.

Trained as a historian (BA University of Geneva; MSc University of Edinburgh), Damian received his PhD in International History in 2018 from the Graduate Institute, Geneva. In 2018-19, he was the Howard S. Marks postdoctoral fellow in Economic History at the University of Pennsylvania.

At the IHR, Damian is launching his second project, “Failing an Indigenous Utopia.” It studies if and how American Indigenous polities accessed early 19th-century British capital markets. In particular, the Miskitu attempted to fund the realization of its own utopian desires of political and economic independence by attempting to issue bonds on the London Stock Exchange.

Damian’s research has been supported by the IHR, the Howard S. Marks chair in Economic History at the University of Pennsylvania, the Institute for New Economic Thinking, and the Swiss National Science Foundation. He is also managing editor for Capitalism: a Journal of History and Economics.

“The Episodic Tides of Faith and Finance.” Capitalism: A Journal of History and Economics (forthcoming).