Dan is a historian of the High Middle Ages at the University of St Andrews, where he is in the final year of his PhD researching ‘Anglo-Papal Relations, c.1066-c.1135’. 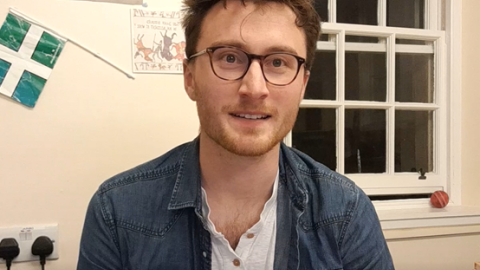 Dan began his academic education at Downing College, Cambridge, where he graduated with a First in 2017. He then moved to the University of East Anglia where he was awarded an AHRC Studentship to fully-fund his MA in Medieval History, graduating with a Distinction in 2018. Dan is now a PhD student at the University of St Andrews, where he is funded by the European Research Council as part of the project ‘Civil Law, Common Law, Customary Law: Consonance, Divergence and Transformation in Western Europe from the late eleventh to the thirteenth centuries’. He is supervised by Professor John Hudson.

Dan’s research focuses on the relationship between England and Rome during the reigns of William I, William II, and Henry I. The central aim of Dan’s PhD is to dismantle the anachronistic scaffolding of conflict between Church and State that still provides the main interpretative framework for Anglo-Papal Relations. This idea is largely rooted in the ‘barrier thesis’ of Z.N. Brooke, who wrote the last comprehensive study of the relationship, ninety years ago. More widely, Dan is interested in the Norman Conquest of England and the relationship between the papacy and the periphery of Christendom.

‘The Papacy, Lanfranc, and Ireland: The Core, the Semi-Periphery, and the Periphery’, in Dan Armstrong, Áron Kecskés, Leonie Hicks, and Charlie Rozier eds., Borders and the Norman World: New Frontiers in Scholarship (Woodbridge: The Boydell Press, forthcoming).