Dr Eliana Hadjisavvas is historian of modern Europe with particular interests in migration and displacement. Her research project at the IHR is 'Migrant Movements in the Mediterranean: The Holocaust and the British Empire, 1940-1950'. 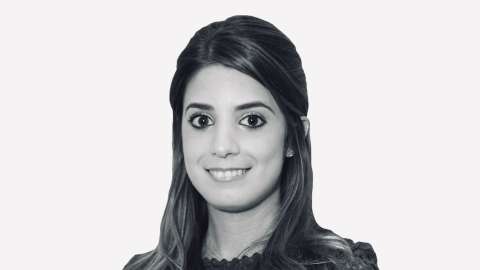 Eliana recently completed a DPhil in History at the University of Birmingham. Her doctoral research examined the history of British-run internment camps for Jewish refugees in colonial Cyprus. From August 1946 to February 1949, over 52,000 people were interned and approximately 1,500 children were born on the island. The thesis significantly reconfigured historical understandings of this period, moving the Cyprus camps from the periphery to the centre of the question of post-war European migration and British imperial politics through a transnational lens.

Eliana’s postdoctoral project, ‘Migrant Movements in the Mediterranean: Jewish Displacement in the British Empire, 1940-1950’ will centre on interdisciplinary approaches to the study of migration, focusing on the liminality of space in migrant histories, using both history and political geography as a framework.

The project will focus on the history of Jewish refugees in motion via the Mediterranean, analysing the complexities of migration and Empire, particularly in East Africa. As will be demonstrated, the wartime migratory movements of Jewish refugees offer formative lessons on the evolution of global migration policy, which directly informs our understanding of contemporary responses to forced migration and the porous nature of the globalised world.