Hannah Telling is a gender and social historian. Her research explores violence, law and constructions of criminality in nineteenth century Scotland. As the Economic History Society Power Fellow, Hannah will work on a research project entitled: 'Criminal types: Violence, law and society in Scotland, 1850-1914'. 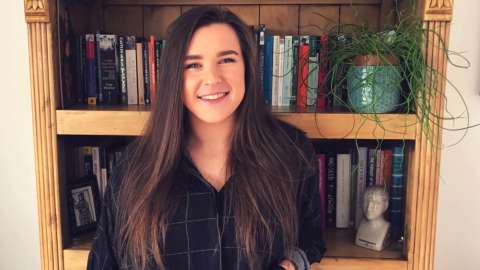 Hannah's research explores gender, violence, law and society in nineteenth-century Scotland. She completed her PhD at the University of Glasgow in 2020. Her AHRC-funded thesis, 'The legal regulation of male violence in Scotland, 1850-1914', explored the judicial regulation of and cultural responses to a broad spectrum of male violent offending in late nineteenth-century Scotland. The thesis investigated the varying ways that cultural ideas about gender, ethnicity, class and 'respectability' influenced the treatment of violent men before the courts. It further explored the antagonisms that existed between the law in theory, its implementation in practice, and the opinions, actions, and influence of the wider public.

As the Economic History Society Power Fellow, Hannah's focus will be on developing a monograph based on her doctoral thesis and further archival research into the judicial and cultural responses to female violence in Scotland. Her monograph will explore how constructions of criminality intersected with ideas about gender, class, ethnicity and status in nineteenth-century Scotland, and how this influenced the judicial treatment of both male and female violent offenders brought before the courts. Hannah will spend the year undertaking archival research of women prosecuted in the Sheriff and High Courts in Scotland between 1850-1914. Hannah is keen to explore whether gender played a key role in mediating the responses to violence, or if the dynamics that shaped the responses to violence were altogether more complex.