Dr Lydia Walker is a historian of global decolonization with a regional specialization in South Asia.  Her work focuses on post-1945 political transformation, the role of non-state actors and indigenous groups in international relations, religiously infused nationalisms and activisms, as well as definitions of sovereignty.  At the IHR, she is revising her manuscript, States-in-Waiting: 20th Century Global Decolonization and its Discontents. 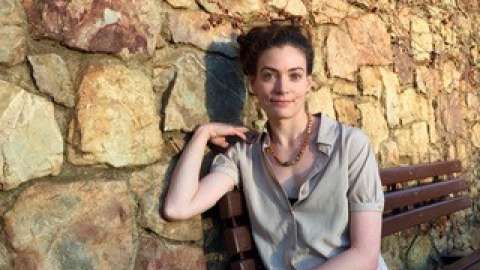 Lydia's scholarship analyses the intersection of nationalism and internationalism in the emergence of postcolonial nation-states during twentieth century global decolonization.  Her manuscript, States-in-Waiting, shows how nationalisms that did not achieve statehood during decolonization's moment of seeming political possibility sought out informal forms of international recognition. Shut out from the United Nations which only saw states as political units, these nationalists made international claims through networks of advocates—missionaries, anthropologists, mining consultants, and activists who had interest and information about the peoples they unofficially represented, and access to global circles of power and governance.

The first article from the research behind States-in-Waiting, “Decolonization in the 1960s: On Legitimate and Illegitimate Nationalist Claims-Making,” appeared in the February 2019 issue of Past & Present.

Lydia comes to the IHR after an undergraduate career at Columbia University (BA 2010), and a Masters and doctorate at Harvard, from where she received her PhD in History in 2018. In 2018-19 she was a postdoctoral fellow at the Dickey Center for International Understanding at Dartmouth College.

At the IHR, Lydia is also launching her second project, on Moral Re-Armament, which considers how a Christian-infused, anti-communist, Cold War advocacy organization came to be active in post-Gandhian reconciliation work in India and elsewhere.

Lydia's research has been supported by the IHR, Harvard University’s Department of History, Weatherhead Center for International Affairs, and Lakshmi Mittal South Asia Institute, the Social Science Research Council, the Smith Richardson Foundation, New York University’s Center for the US and the Cold War, and Dartmouth College’s Dickey Center for International Understanding.  Besides Past & Present, her recent work has appeared in The Indian Economic and Social History Review and The Washington Post.  She is also a founding member of the New International Histories of South Asia research network: @NIHSAnetwork

'Why have we forgotten one of WWII’s most important battles?', The Washington Post, June 2019

'Jayaprakash Narayan and the Politics of Reconciliation for the Postcolonial State and its Imperial Fragments', The Indian Economic and Social History Review, 56/2 (April 2019), 147-69