‘This paternalism was chafing’: The rise and fall of a community at Swansea University, 1945-1973 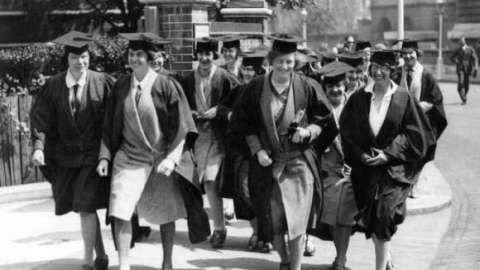 In the immediate years after the Second World War, the problems faced by the higher education sector were particularly acute at Swansea University. Having opened in 1920, it still had an underdeveloped site and a fragile sense of its wider purpose. In the following twenty years, under the leadership of a visionary Principal, ‘the College’ – as it was then known – designed and implemented a new holistic curriculum, whilst constructing an early example of a British single-site university campus, both of which resembled the Keele model. The most noteworthy consequence of these changes was the way in which a sense of community and ‘togetherness’ was fostered at the College, not least by the building of on-site halls of residence and a central meeting place that had been so conspicuously absent on the site beforehand.

This paper will explore how academic and architectural developments fostered radical social changes at Swansea’s College. A period of relative harmony and collegiality, which involved a degree of deference and paternalism, also helped encourage a particularly strong manifestation of the ‘long 1968’ at Swansea, complete with protests, sit-ins and a huge general strike by students. Therefore, just as it had fostered a sense of unity, the campus quickly encouraged a new generation of like-minded young people to reject the College’s authority and traditions, with one who produced critical pamphlets about the University remembering the atmosphere there as ‘chafing’. The significance of these years at the end of the 1960s for the history of universities and young people will be assessed in particular.

Throughout this paper, various oral history clips from those who lived through this period at the College will be played. These testimonies were collected specifically for the research that lead to a recently released book, Swansea University: Campus and Community in a Post-war World, 1945-2020 – which was published to mark the institution’s centenary.

Sam Blaxland is a Post-doctoral Fellow and Tutor in Modern History at Swansea University.