The Visibility of Rural Brazil: The Itaipu Dam and the Experience of Dictatorship in the Countryside 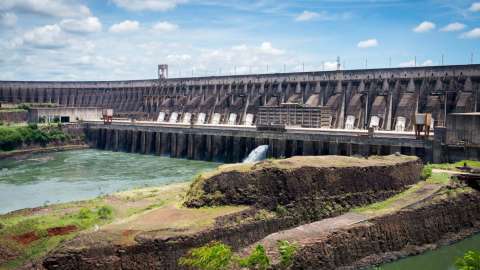 This talk uses the history of the Itaipu hydroelectric dam and the struggle of displaced farmers, peasants, and indigenous groups to understand how Brazil's dictatorship was experienced and contested in the countryside. By focusing on rural rather than urban spaces, we invert the conceptual and geographic narrative commonly used to study dictatorship in Brazil and elsewhere in Latin America. Magnified by the international spotlight cast on the dam and propelled by the growth of pro-democracy forces in the 1970s and 1980s, communities displaced by Itaipu elevated their fight for land into a referendum on the dictatorship itself. But the immediate backdrop of dictatorship told only part of the story. Long before the 1964 coup, rural violence and rural inequality had existed regardless of whether Brazil was under military or civilian rule. For families displaced by Itaipu, both the dam and the official period of dictatorship marked less of an isolated rupture than an escalation of abusive policies and incidents in the countryside.

Given that the rural conflict at Itaipu existed both within and beyond the official contours of Brazil's military period, this talk centers on the question of visibility in the countryside: how do certain rural communities become seen as legitimate social actors, why are others rendered invisible, and what space does the countryside occupy in national imaginaries? Because the Itaipu dam was so important largely for the image that the government hoped it would project to the world, the idea of visibility tethers the immediate struggle of displaced farmers to the more endemic issue of inequality and representation in the Brazilian countryside. These issues long predated the start of military rule in 1964, and they have long outlasted the official return to democracy in 1985. In the shadow of what would become the largest dam in the world, farmers, peasants, and Indians in the Paraná borderlands defended their particular relationships to land as a means to take a political stand against the military while also attempting to position themselves as a visible social force in a post-dictatorship landscape.