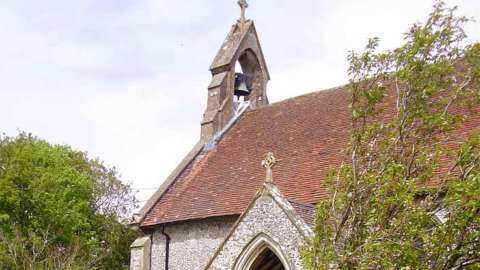 Tracing the history of two small, closely-linked parishes which lie to the south of Basingstoke on the edge of the chalk downlands, and a third parish, Hatch (abandoned towards the end of the 14th century and has formed part of both of the others), Cliddesden, Hatch and Farleigh Wallop is the latest publication from the Victoria County History of Hampshire project. Each settlement has a common manorial descent from the 15th century onwards and they were managed as components of a single estate under the lordship of the Wallop family from their seat at Farleigh House. This volume discusses the manorial owners and the development of the estate, and also includes much more about the lives and activities of ordinary people living and working in the settlements.

Religious and social history of the area is covered and the survival of an unusually full set of records has enabled the history of the school to be told in detail. This, coupled with lively tales of social activities, provides a fascinating picture of rural life as it was and as it has become in the 21st century – largely a home for commuters, with Hatch absorbed into an ever-growing Basingstoke and farming undertaken from one centre across nearly all the land.

Published by the Institute of Historical Research at the University of London, this is the fourth volume from the Victoria County History of Hampshire following Mapledurwell, Steventon and Basingstoke: a Medieval Town c.1000–c.1600. Each title provides a scholarly account of individual villages and towns of interest to their inhabitants, those in the wider area and to those beyond Hampshire itself.

Published in 2018 as part of the VCH Shorts series