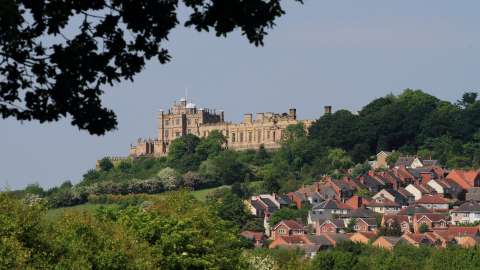 The history and topography of the small market town of Bolsover in north-east Derbyshire and four parishes immediately to its north (Barlborough, Clowne, Elmton - including Creswell - and Whitwell) are covered in this volume. All lie mainly on a magnesian limestone ridge, rather than the exposed coalfield, and therefore only became mining communities late in the nineteenth century. Since the end of deep mining in Derbyshire all have faced a difficult period of economic and social adjustment. As well as the general development of the five parishes, the book includes detailed accounts of the medieval castle at Bolsover, the mansion built on the site of the castle by the Cavendish family of Welbeck in the seventeenth century, and Barlborough Hall, a late sixteenth-century prodigy house built by a successful Elizabethan lawyer.