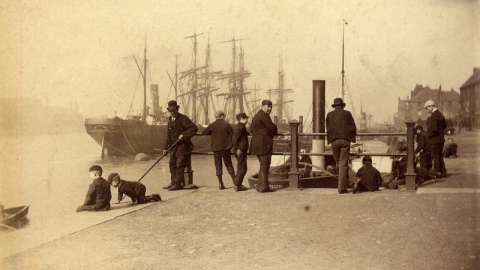 Famed across Europe during Bede's time and the heyday of Wearmouth monastery, Sunderland found a less celebrated renown in the twentieth century with the distress of its heavy industries between the wars, and their final extinction in the 1980s. Between those very contrasting eras, its story is one of re-invention and of a growing industrial and commercial might. The coal trade transformed the town during the seventeenth and eighteenth centuries; shipbuilding came to the fore in the nineteenth, and Wearside became the nation's, and the world's, greatest shipbuilder. Though it lacked formal local government before 1835, this was a wealthy and relatively sophisticated town, with a great and spectacular early iron bridge (1796).

This volume covers the history of Sunderland from the earliest times and into the twenty-first century, including its landscape and buildings, government, trade and industry, politics and social institutions.