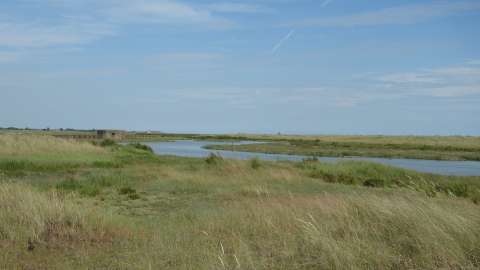 The book introduces some places that you might have heard of – Clacton, Frinton and St Osyth – but not the histories you may think you know. The previous volume, XI, Clacton, Walton and Frinton: North-East Essex Seaside Resorts, described the development of the seaside resorts of north east Essex, from Jaywick to Walton-on-the-Naze, in the 19th and 20th centuries. This book details the earlier history of the parishes developed to serve the seaside economy, this part including St Osyth, Great and Little Clacton, Great and Little Holland and the tiny parish of Frinton. The second part of this volume will explore Thorpe-le-Soken, Kirby-le-Soken and Walton-le-Soken.

The nine Essex parishes lying in a coastal district between St Osyth and the Naze headland at Walton encompass a number of distinct landscapes, from sandy cliffs to saltmarsh. The landscape has changed in response to fluctuating sea levels, flooding, draining and investment in sea defences. Inland, there was an agriculturally fertile plateau based on London Clay. The coastal area has produced significant evidence of early human activity – the Clactonian Culture of the early Palaeolithic relied on local flint for the production of tools – and the area was heavily exploited and settled in prehistory.

Most land was held by St Paul’s Cathedral from the mid-10th century. About 1118–19 a bishop of London founded a house of Augustinian canons at St Osyth, which became one of the wealthiest abbeys in Essex. Most other manors in the district were small and their tenants were of little more than local significance. After the Reformation all of the former church lands in the area were granted to the royal servant, Thomas Darcy, 1st baron Darcy of Chiche (d. 1558). Darcy built a great mansion, St Osyth Priory, on the site of the former abbey reusing some of its magnificent early sixteenth century buildings, which became the centre of his new estate.

The area’s economy was strongly affected by the coast and its many valuable natural resources, including the extraction of sand, gravel, septaria and copperas used in ink. These were supplemented by wrecking and smuggling as well as the production of salt. It remained a largely rural district and its wealth depended upon the state of farming. Until the eighteenth century it specialised in dairying from both sheep and cattle, but afterwards production shifted towards grain.

Medieval settlement largely conformed to a typical Essex model, with a complex pattern of small villages, hamlets and dispersed farms, many located around greens or commons. The largest settlement was the small town at St Osyth, located outside the abbey gates, which had a market and wool fair in the Middle Ages. In the sixteenth century, the area was a focus for the persecution of supposed witches, remembered in folklore even in the twenty-first century.