Gloucestershire XII: Newent and May Hill 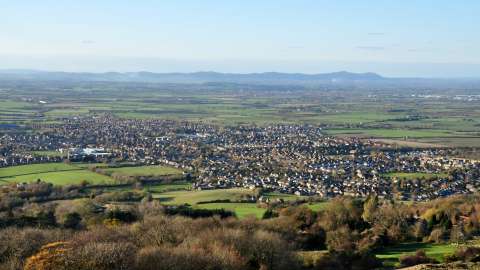 This volume of the county history covers the part of north-west Gloucestershire extending from the foothills of the Malverns in the north to the distinctive feature of May Hill in the south. Centred on the parish and former market town of Newent, it also covers the ancient parishes of Bromesberrow, Dymock, Huntley, Kempley, Longhope, Oxenhall, Pauntley, Preston, and Taynton.

Over much of the area a pattern of scattered farmsteads and small fields emerged from the clearance of ancient woodland. That process continued after the Norman Conquest but with the consolidation of farms from the later middle ages the story became one of the abandonment of numerous farmhouses and farmsteads. In the eighteenth and nineteenth centuries road improvements facilitated the growth of outlying villages and squatter settlement on common and waste land created a number of hamlets, as on May Hill and on the Herefordshire border at Gorsley.

The volume also describes the area's varied agrarian history, from sheep, dairy and arable farming to its orchards, and, more recently, viniculture. Industrial activity has included glassworks and ironworks, and charcoal production. Newent, the chief trading centre from the thirteenth century on, saw both a short-lived coalfield, one of the principal objects for the construction of Herefordshire and Gloucestershire canal, and a spa.