Harwich, Dovercourt and Parkeston in the 19th Century 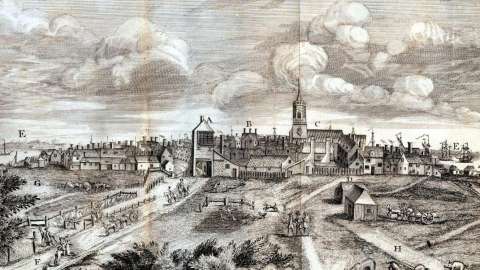 The Victoria History of Essex

Exploring the changing character of Harwich, Dovercourt and Parkeston through the course of the 19th century, included in this book is the economic, social and political history of the borough. The book provides an overview of the development of areas such as education, religion, public health with a strong focus on Harwich’s maritime history.

The borough of Harwich, including the parish of Dovercourt, lies in the far north east corner of Essex. Its coastal location as a natural harbour at the mouth of the Orwell river dictated that Harwich had a prominent role as a port and naval base from the 14th century onwards. In the 19th century Harwich retained its military function, particularly during the Napoleonic and Crimean wars. The port declined economically as a result of losing the continental packet service in the 1830s, but it was rejuvenated by the opening of the railway in 1854. Dovercourt grew as a residential area and seaside resort in the second half of the 19th century, although the rest of the parish retained much of its traditional agricultural character. The opening of the port at nearby Parkeston in 1883 led to a rapid growth in both passenger traffic and trade to and from the continent.