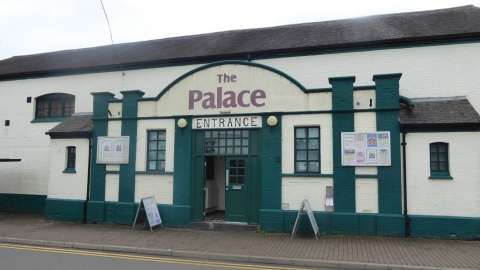 Ibstock is a large village 15 miles north-west of Leicester. Neighbouring place-names indicate that the parish was once fringed by heathland to its north and west, while Ibstock’s own place-name references an early dairy farm on this land. Garendon Abbey, near Loughborough, received gifts in the 12th century totalling over 500 a. in Ibstock, and created a large sheep farm on their enclosed estate. The parish church, first recorded in the 1170s, was rebuilt in the 14th century. William Laud, later Archbishop of Canterbury, was rector here from 1617 to 1626.

Framework-knitting had become important by 1811, when trade and manufacture employed almost as many families in the parish as agriculture. Ibstock’s character changed more dramatically in the later 19th century, when the coal deposits which lay beneath Ibstock’s soils began to be exploited. Two collieries were sunk within the parish by different owners, in 1825 and 1873, ushering in a period of rapid population growth. This was accompanied by the growth of Nonconformity, and the establishment of numerous sports teams, clubs and other societies, some encouraged by Ibstock’s Anglican, Baptist, Primitive Methodist, Wesleyan Methodist and Wesleyan Reform ministers, with others open to all.

The mines have since closed, and much of the undermined farmland has been planted with young trees from the 1990s, to become part of the National Forest. The former colliery brickworks continued and became Ibstock Brick, one of Britain’s largest brickmakers.