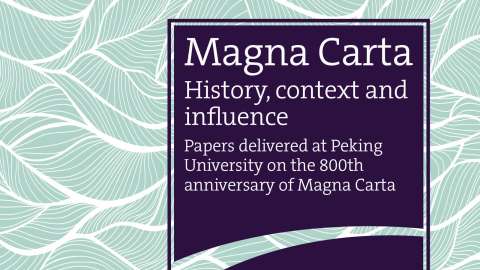 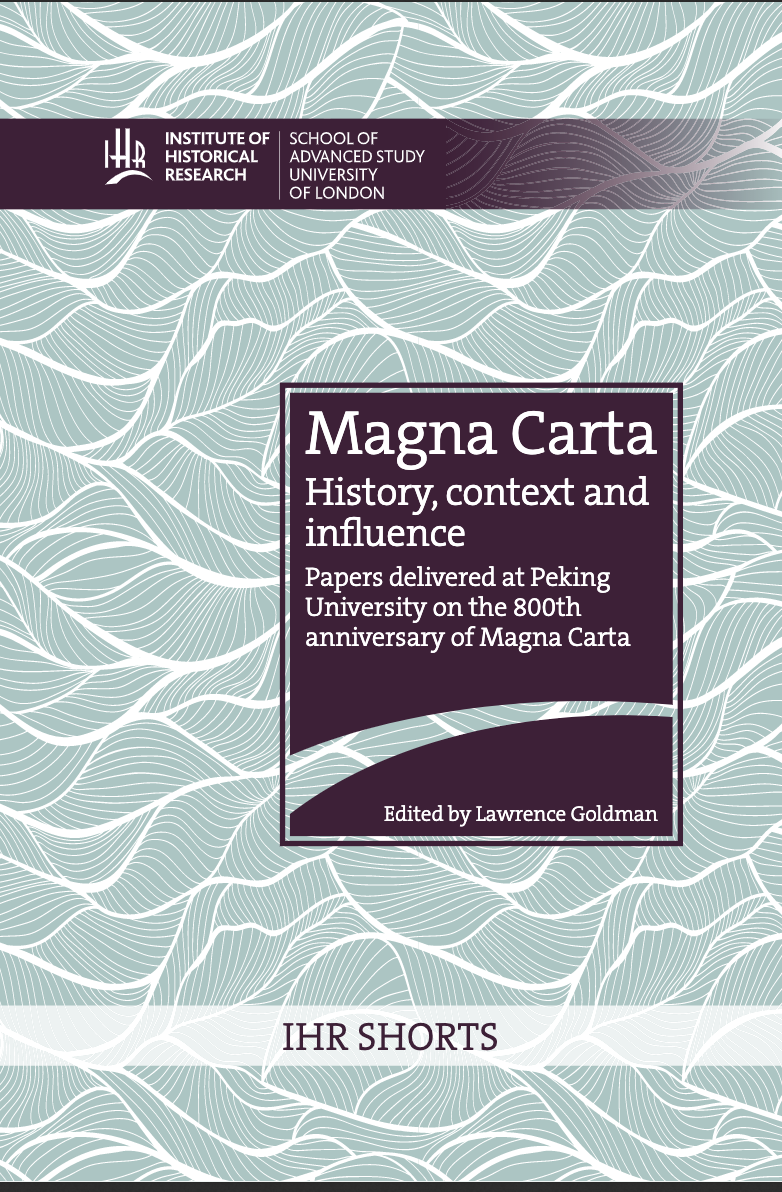 This book examines the history and influence of Magna Carta in British and American history. In a series of essays written by notable British specialists, it considers the origins of the document in the political and religious contexts of the thirteenth century, the relevance of its principles to the seventeenth century disputes that led to the Civil War, the uses made of Magna Carta to justify the American Revolution, and its inspiration of the radical-democratic movement in Britain in the early nineteenth century. The introductory essay considers the celebration of Magna Carta's 800th anniversary in 2015 in relation to ceremonials and remembrance in Britain in general.

Given as papers to a joint conference of British and Chinese historians in Beijing in 2015, these essays provide a clear and insightful overview of the origins and impact of a medieval document that has shaped the history of the world.

Published in 2018 as part of the IHR Shorts Series

4. The Church and Magna Carta in the thirteenth century
S. T. Ambler

6. ‘More precious in your esteem than it deserveth’? Magna Carta and seventeenth-century politics
Rachel Foxley