'Coal Country. The Meaning and Memory of Deindustrialization in Postwar Scotland', by Ewan Gibbs 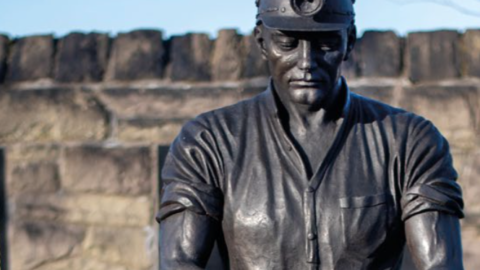 By Ewan Gibbs (University of Glasgow)

The flooding and subsequent closure of Scotland’s last deep coal mine in 2002 brought a centuries long saga to an end. Villages and towns across the densely populated Central Belt owe their existence to coal mining’s expansion during the nineteenth century and its maturation in the twentieth. Colliery closures and job losses were not just experienced in economic terms: they had profound implications for what it meant to be a worker, a Scot and a resident of an industrial settlement. Coal Country presents the first book-length account of deindustrialization in the Scottish coalfields. It draws on archival research using records from UK government, the nationalized coal industry and trade unions, as well as the words and memories of former miners, their wives and children that were collected in an extensive oral history project.

Deindustrialization progressed as a slow but powerful march across the second half of the twentieth century. In this book, big changes in cultural identities are explained as the outcome of long-term economic developments. The oral testimonies bring to life transformations in gender relations and distinct generational workplaces experiences.  This book argues that major alterations to the politics of class and nationhood have their origins in deindustrialization. The adverse effects of UK government policy, and centralization in the nationalized coal industry, encouraged miners and their trade union to voice their grievances in the language of Scottish national sovereignty. These efforts established a distinctive Scottish national coalfield community and laid the foundations for a devolved Scottish Parliament. Coal Country explains the deep roots of economic changes and their political reverberations, which continue to be felt as we debate another major change in energy sources during the 2020s.

Dr Ewan Gibbs is Lecturer in Global Inequalities at the School of Social and Political Sciences, University of Glasgow. Read more about Ewan's research in this post from the IHR's blog 'On History' (February 2021).

Introduction: Those who walked in darkest valleys

3. Communities: ‘it was pretty good’ in reconstructed locales

Conclusion: The meaning and memory of deindustrialization