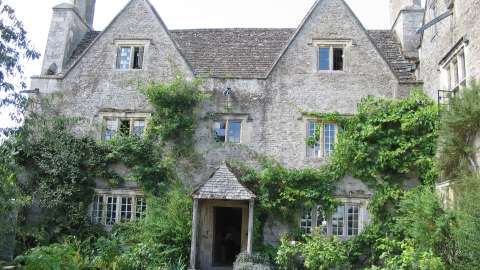 Located on Oxfordshire's western fringe between the rivers Leach and Thames, the nine rural settlements covered in this volume are typical Cotswold villages, with their limestone-built farmhouses and (historically) large open fields and sheep pastures. All nine formerly belonged to a sizeable late Anglo-Saxon estate, whose break-up gave rise to the later parish structure. Langford church, with its celebrated late 11th-century tower, may have begun as a small minster, while excavations at Radcot have revealed much about the settlement's early character, including the discovery of a 12th-century castle besieged during the Anarchy. The area as a whole is predominantly agricultural, although milling, malting and quarrying have all been significant. Woodland at Bradwell Grove was important from the Middle Ages.

The most famous village is Kelmscott, where the designer William Morris rented Kelmscott Manor as a summer home from 1871. Filkins was home to the Labour politician Sir Stafford Cripps, who worked with local craftsmen to build several Cotswold-style houses and community buildings there. Gentry houses include the 19th-century Gothic mansion at Bradwell Grove, now the centre of the Cotswold Wildlife Park. The villages developed in diverse ways, displaying contrasting closed and open characteristics. Some experienced a marked survival of Roman Catholicism following the Reformation, while others became centres of Protestant Nonconformity and especially of Primitive Methodism.