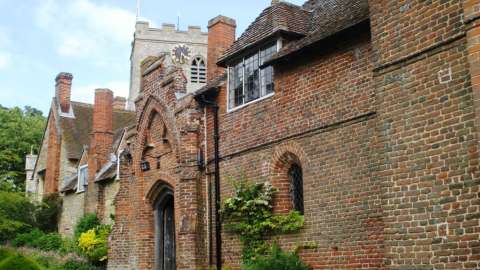 Occupying a varied landscape in south-east Oxfordshire, the fourteen rural parishes covered in this volume extend from the river valleys of the Thames and Thame up onto the Chiltern hills. Nucleated villages and open fields dominated the vale, while the uplands feature dispersed settlement, early inclosure, and extensive wood-pasture. The two zones were closely linked by economic interdependence and, in the late Anglo-Saxon and early medieval period, by the influence of an important royal estate focused on Benson, which extended across the hills and formed the nucleus of Ewelme (formerly Benson) Hundred. Benson later became a coaching stop on the Oxford-London road, and is now widely known for its neighbouring RAF station.

The area remained predominantly agricultural until recent times, despite some rural crafts and services and an important pottery and brick-making industry around Nettlebed. London and surrounding towns exerted important influences throughout. Notable buildings include the fifteenth-century brick-built almshouse complex at Ewelme, co-founded by Chaucer's granddaughter Alice de la Pole, and the now largely demolished Tudor mansion at Rycote, while more recent additions include Nuffield Place, remodelled in 1933 for the Oxford car manufacturer William Morris.