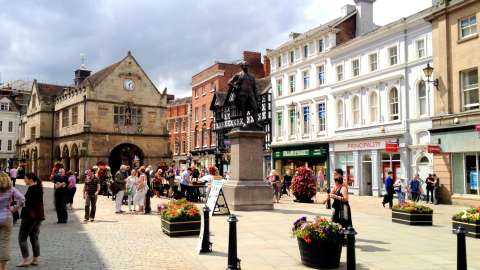 This volume examines the county town of Shrewsbury, which boasts a largely unaltered medieval street plan, and over 600 listed buildings, including some of the finest timber-framed buildings in England, Ditheringon flax mill (the first iron-framed building in the world), a Norman castle, Shrewsbury abbey and the remains of the medieval town walls. It recounts the history of the town from the early medieval period until the twenty-first century in a series of chapters written by experts. They include the archaeologist Dr Nigel Baker and Professor Richard Holt on Shrewsbury before 1200; Alan Thacker, Robert and the late Dorothy Cromarty on the town between 1200 and 1350, when Shrewsbury was of national importance; W.A. Champion on developments between 1350 and 1780 when the town within the walls achieved its current physical shape and character; and Barrie Trinder on modern Shrewsbury, its industrial development and suburban spread. There are also sections on individual religious congregations and their buildings, institutions and their continuity, and topics particular to Shrewsbury such as the common lands, its county institutions, the town walls and castle, and the liberties and municipal boundaries.