'Tides and Floods: New Research on London and the Tidal Thames', edited by James Galloway 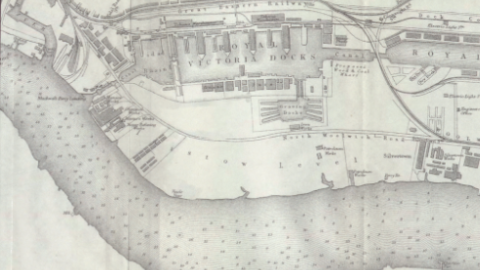 The lands bordering the tidal river Thames and the Thames Estuary have historically been highly vulnerable to marine flooding. The most severe of these floods derive from North Sea storm surges, when wind and tide combine to drive huge quantities of water against the coast, as happened to devastating effect in 1953. This project seeks to understand the occurrence of storm flooding in the past, and to explore the ways in which people have responded to the threat.

The project draws upon rich surviving documentary sources to study the impact of storm flooding upon the reclaimed marshlands bordering the tidal Thames and its estuary during the period c.1250-1550. Year-by-year accounts of the management of riverside properties have been examined and the degree to which reclaimed land was lost to the sea during the later Middle Ages assessed. The impact of population decline and agrarian recession upon the economics of coastal and river-side defence has been considered. The flood threat to medieval London’s low-lying suburbs has been investigated and the possibility that the long-term flooding of lands down-river spared the city the worst effects of North Sea storm surges explored. Parallels have also been sought in the modern policy of managed retreat or realignment.

The volume concludes with an overview of the multi-faceted work of the Thames Discovery Programme, which is increasing our knowledge of many aspects of the Thames’s past, from medieval fish traps, through nineteenth-century shipbuilding, to the Blitz, which posed a new and very real flood threat to the mid-twentieth century metropolis.

Published by the Institute of Historical Research, 2010

Purchase a copy of Tides and Floods: New Research on London and the Tidal Thames