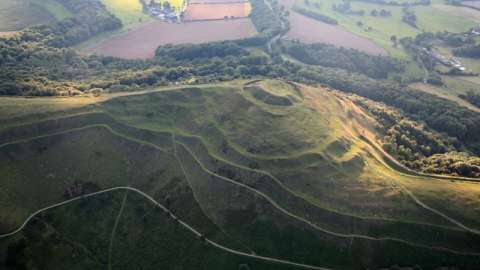 The volume was published in 1908, edited by William Page. It contains the following entries:

The full text is available via the Internet Archive.

England's Past for Everyone Publications

Ledbury: People and Parish before the Reformation

Written by Sylvia Pinches, the book was published in 2010.

Ledbury is a small town in the lush Herefordshire countryside. How did it come to be here and who and what shaped its development? This volume explores a quiet corner of England from the earliest times until the middle of the 16th century. Hunters, herdsmen and the first farmers left but faint traces to mark their passing. Enigmatic structures like Wall Hills and British Camp stand as monuments to a time before writing. The woods and fields, streets and lanes bear the imprint of countless generations, to be deciphered by archaeologists. By the time it emerges in the written record, the site of Ledbury itself had become the main focus of the area, and in due course it developed into a small town with some remarkable buildings, among them a well-endowed hospital and a lavish church. Events, including the Black Death, conspired to ensure that its full potential was never realised, but it remains marked by its medieval past: to this day an exceptional – and most attractive – place. Using the evidence of the landscape itself, physical remains, artefacts and buildings, and tantalising glimpses from old documents it has been possible to chart the history of this little market town and the surrounding countryside for nearly five hundred years. The story ends in 1558, a Catholic queen on the throne, but religious changes already afoot in the nation at large and in Ledbury. There were new families, new ideas and the glimmerings of a new wealth which would flourish at the end of the century.

Ledbury: A Market Town and its Tudor Heritage

Written by Sylvia Pinches, the book was published in 2009.

Ledbury lies in a quiet corner of Herefordshire, just about equidistant from the cities of Hereford, Gloucester and Worcester. Remote, but not isolated, the town is surrounded by ancient wooded hills, while the River Leadon, from which the town is thought to take its name, meanders slowly through the meadows to the west. Visitors and inhabitants alike can empathise with Ledbury-born Poet Laureate John Masefield, who 'felt the beauty of the place and the mystery of its past … through century after century'. Ledbury: a Market Town and its Tudor Heritage tells the story of this ancient town from 1558, when Elizabeth I confiscated the bishop's manor and estate, through a period of great prosperity in the 16th century to the present day. During the Tudor period the town's cloth trade flourished and the market which served the rural parishes surrounding the town thrived. The resulting physical transformation, including the wide market place and streets lined with timber-framed buildings, still attracts visitors today. The story extends from the reign of the first Elizabeth to the present day. It traces the ups and downs of a market town which has benefited from its location on the route between Hereford and Worcester but remains a small town. Ledbury has enjoyed its share of changes in trade, transport, social provision, architecture, industry and leisure, developments which have individually and collectively helped to shape the town today. But what strikes the visitor is its Tudor heritage, which continues to reflect the unexpected and untold riches generated, albeit for such a short time, in the later Tudor and early Jacobean decades.

It includes a detailed history of the large rural parish north of Ledbury. More information can be found here.

Colwall, by James Bowen and Alex Craven, with Jonathan Comber and David Whitehead, was published in 2020. It is the third VCH 'Short' for the county and describes the rural parish on the edge of the Malvern Hills bordered by Worcestershire. More information can be found here.

Eastnor, edited by Janet Cooper, former county editor for VCH Essex and earlier in her career, an assistant editor for VCH Oxfordshire, was the second VCH 'Short', published in 2013.

It includes a detailed history of the parish and Eastnor castle. More information can be found here. 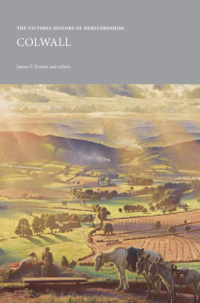 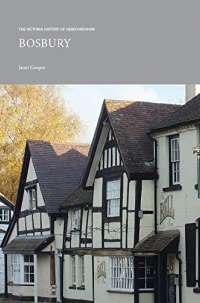 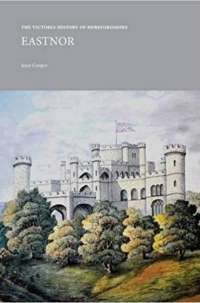