Edited by William Page, this volume was published in 1907.

This volume contains the following entries:

The full text is available via the Internet Archive.

Edited by W. G. Hoskins, assisted by R.A. McKinley, this volume was published in 1954.

This volume contains the following entries:

The entries on medieval religious houses are on British History Online.

Edited by W.G. Hoskins with R.A. McKinley, this volume was published in 1955.

With an index to volumes I and II it contains the following entries:

This volume is not available online.

Volume IV - The City of Leicester

Edited by R.A. McKinley, this volume was published in 1958.

The volume provides thematic and topographical accounts of the city of Leicester, as well as histories of parishes added to the city since 1892.

This volume is on British History Online.

This volume covers the thirty-eight parishes of Gartree hundred and also the town of Market Harborough.

This volume is on British History Online.

The parish of Castle Donington  in north-west Leicestershire lies on the south bank of the river Trent, 20 miles north-west of Leicester and 8 miles south-east of Derby. A nucleated village developed on the present site more than 1,000 years ago. A castle was built in the 1150s, and several features of a town soon developed, including a market, fair and hospital. Secondary settlements grew up alongside the Trent, by the King’s Mills and at Cavendish Bridge, the site of an important medieval ferry. Donington Park, which originated in the early 13th century as a hunting park, became a separate estate of the earls of Huntingdon in the late 16th century.

Later history has been shaped by strong religious nonconformity and the growth and then decline of traditional industries in the 18th and 19th centuries. Since then, modern transport links, including East Midlands Airport in the south of the parish, have delivered new employment opportunities. Castle Donington in the early 21st century is thriving. Many people travel in daily to work, and thousands more visit the motor-racing circuit at Donington Park and other leisure attractions each year, yet few know of the parish’s rich history.

This book, the first in the Leicestershire VCH series since 1964, examines the changing patterns of landscape, landownership, working lives, social structure and religious worship in Castle Donington across many centuries, and includes the settlements at King’s Mills and Cavendish Bridge. It will be of interest to local residents, visitors, family and local historians.

Edited by Pamela J. Fisher, this book was published in 2017.

Edited by Pamela J. Fisher this book was published in October 2020.

The large village of Ibstock is 15 miles north-west of Leicester, six miles south-east of the historic market town of Ashby-de-la-Zouch and three miles SSW of the modern town of Coalville.

Lutterworth was a successful medieval market town which served a wide hinterland across south Leicestershire and parts of Northamptonshire and Warwickshire. John Wyclif was rector here in the 14th century, and a 19th-century memorial stands in St Mary’s church. In the 17th and 18th centuries Lutterworth was a coaching centre, just off the main route from London to Chester (Watling Street), but was a latecomer to rail, which hampered economic growth from the mid-19th century. The garden of remembrance includes a memorial to Sir Frank Whittle, who developed the first jet engine in Lutterworth. Significant research has been completed by volunteers between 2010 and 2018. With the help of a grant from Leicestershire Archaeological and Historical Society (Opens in new window), to whom we are very grateful, we are now assured of sufficient funds to be able to complete the research. We aim to publish it as a paperback history in 2022. 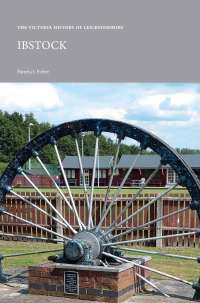 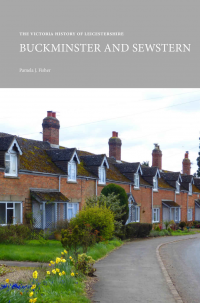 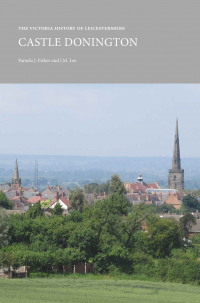