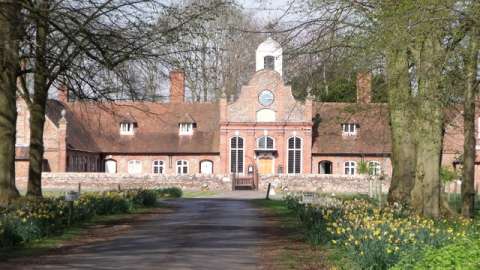 This volume (on which work began in autumn 2015) will cover the twelve South Chiltern parishes not yet published by the VCH. Together they occupy a loop in the River Thames, from Crowmarsh, Gifford and Newnham Murren on the west through to Mapledurham, Caversham, Eye and Dunsden, and Shiplake on the east. The area as a whole encompasses a varied landscape stretching from lowlying riverside meadows up onto the Chiltern uplands, and was characterized by long thin 'strip' parishes which typically included bands of grassland, arable, and upland wood pasture. Many places looked eastwards to London (via Henley and the river) as much as to Oxford, while other important influences included Reading (of which Caversham became a suburb from the late 19th century), and, in the earlier Middle Ages, the Thames-side market town and former burh at Wallingford. Historically the area was divided between Langtree and Binfield Hundreds.

Places to be covered are: (Note - refer to map, drafts of the names in bold are available below)

Draft texts on individual parishes are being added to this website as work progresses. The volume is scheduled for completion in 2020 and publication late in 2021.

Please submit any corrections or comments to the County Editor via email to Simon Townley.

Publication of this volume will leave just three more needed to complete the Oxfordshire series, focused respectively on Burford, Chadlington, and Chipping Norton.