Burford: Buildings and People in a Cotswold Town, by Antonia Catchpole, David Clark and Robert Peberdy 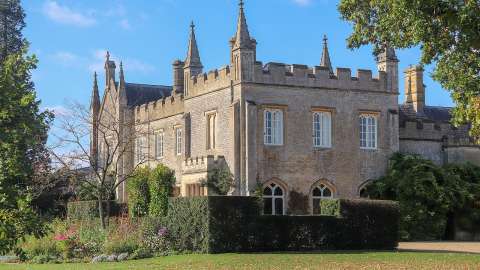 Nestling in the Windrush valley at the ‘Gateway to the Cotswolds’, the small west Oxfordshire town of Burford is well known for its picturesque qualities. Its streets, set against the backdrop of a spectacular medieval church, display a rich variety of stone and timber-framed buildings, which together lend them much of their charm.

This book is about the creation of the town we see today: its buildings, its townscape, and the people who over the centuries have lived in and helped shape it. Chronological chapters set Burford in context, looking at its creation by medieval planners, its role in the Cotswold wool trade, and its later history as a small market and (briefly) coaching town. Chapters on the buildings explore not only their construction and materials but also their changing uses over time, re-populating them with the people who built, used and lived in them. Grand houses, humble cottages, and shops or workshops are all included, while two chapters are devoted to the church and other religious buildings. A house-by-house gazetteer summarises the history of every building along the main streets, and visitors can use it to help explore the town.

The book draws on extensive fieldwork and documentary research over several years, much of it carried out with the help of volunteers. Most of the buildings have never been studied in such depth, and several have been scientifically tree-ring dated for the first time. The book will allow visitors, residents and specialists alike to see the town with new eyes, and cast fresh light on its origins and growth, on its built character, and on the lives of its inhabitants.