Somerset VIII: The Poldens and the Levels 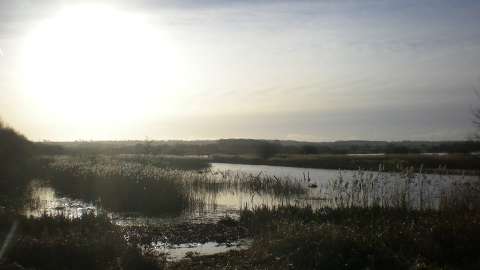 Somerset's Polden hills divide the county's central marshlands, Sedgemoor to the south and the Brue Valley to the north. Traces of human activity there include wooden trackways built across those marshes six thousand years ago. Most of the written sources tell the story of men from settlements on the nearby hills or isolated 'islands' who looked to those low-lying lands for food and fuel for themselves and food for their stock. Those sources, dating from the late Saxon period and particularly rich in the middle ages, derive largely from the archives of the former abbey of Glastonbury, main landowner in the eighteen parishes of this volume.

Pastoral farming dominated and still dominates, its early progress due to successful drainage and flood-prevention schemes, one of the largest dating from the late twelfth century. Each parish has its own long story: of Glastonbury-planned origins at Shapwick and perhaps also at Catcott, Edington, and Chilton Polden; of trade along the tidal river Parrett at Huntspill and Puriton (Dunball); of the gradual expansion of the 'island' farmers of Westonzoyland, Middlezoy and Othery into the surrounding marsh; of the long-enduring common arable fields at High Ham; of the rise and fall of peat digging.