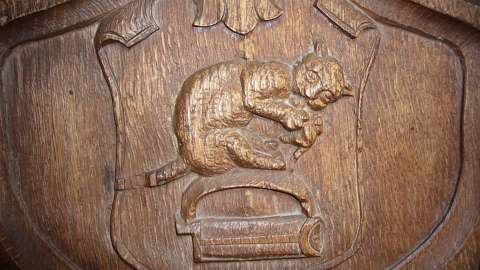 A comprehensive account of the ten parishes comprising the southern half of the Catsash hundred, an area rich in its archaeology and history, is presented here, in the authoritative detail which is the hallmark of the Victoria County History. To the north, the Barrows, of which Queen Camel, North Cadbury and Sparkford (home of the Haynes Motor Museum) are the largest and most populous, lying in an area rich in archaeology and history. To the south, prominent hills include Cadbury Hill, crowned by Cadbury Castle, an Iron Age hill fort dating from 600-400 BC. In South Cadbury and the surrounding parishes there is much evidence of prehistoric activity such as Bronze-Age finds. From a later period, the manor at Queen Camel is recorded in 1066, though decimated by fire in 1639 and subsequently rebuilt in local Blue Lias stone; and the sites of abandoned medieval homesteads are visible at Sparkford, Weston Bampfylde, Sutton Montis and Maperton. Later still, Compton Castle in Compton Pauncefoot was constructed in 1821 while North Cadbury's medieval manor house still survives today.