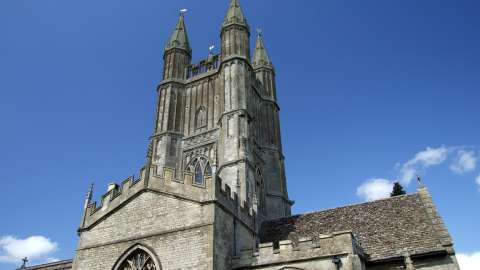 Cricklade, the Anglo-Saxon borough fortified by Alfred against the Danes, is the market town at the heart of this volume. As a controversial parliamentary borough, its notoriety influenced the passing of the 1832 Parliamentary Reform Act. The town and the surrounding parishes described here are bordered by Gloucestershire to the north and Swindon to the East. They extend along the upper Thames valley and over the Wiltshire claylands to the limestone ridge in the south. The royal forest of Braydon covered much of the area in the middle ages and provided extensive grazing for livestock. Although disafforestation took place under Charles I, agricultural exploitation was limited by poor soils and parts were later returned to woodland or nature reserve. The settlements of traditional limestone buildings were remote until canal and rail transport increased trade in dairy products and the expansion of employment opportunities in Swindon resulted in their residential development, and an annexation of a small part of the area by the growing town.