The Interdisciplinary Seminar on Medievalism focuses on the imaginings, re-imaginings and evocation of the Middle Ages in all reaches of post-medieval culture, 'the responses to the Middle Age at all periods'. 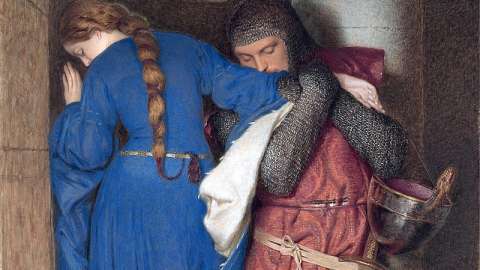 Medievalism, in the words of the principal scholarly society devoted to it, is ‘the study of responses to the Middle Ages at all periods since a sense of the medieval began to develop’. Such responses may range from the robustly academic and rigorous to the overtly political or nationalistic to the whimsical, frivolous and downright silly; what is significant is the way in which the idea of the Middle Ages functions as a consensually-understood tool of reference and legitimation and as a part of the modern cultural imaginary. Ideas of the medieval Other are a long-standing and arguably a formative constituent of post-medieval culture, although subject to constant appropriation, revision and re-imagining for a multitude of different purposes.

Given the huge popularity of games, music, books, films and television programmes inspired by the Middle Ages, medievalism has also proved a superbly effective means of communicating scholarship to an interested public outside the academy. The Interdisciplinary Seminar on Medievalism meets regularly to consider imaginings, re-imaginings and evocation of the Middle Ages in all reaches of post-medieval culture.