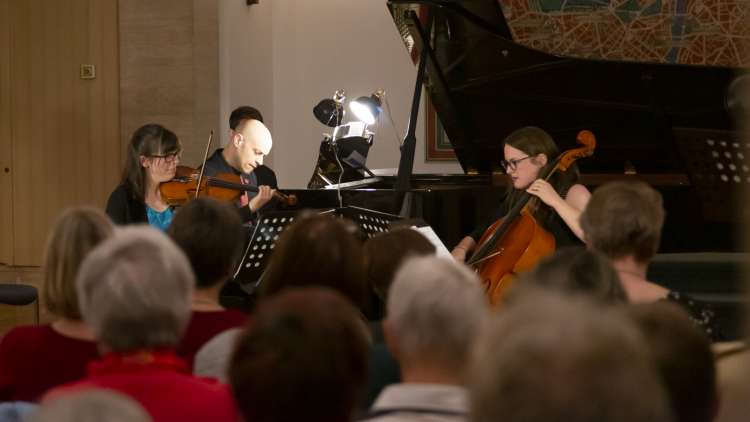 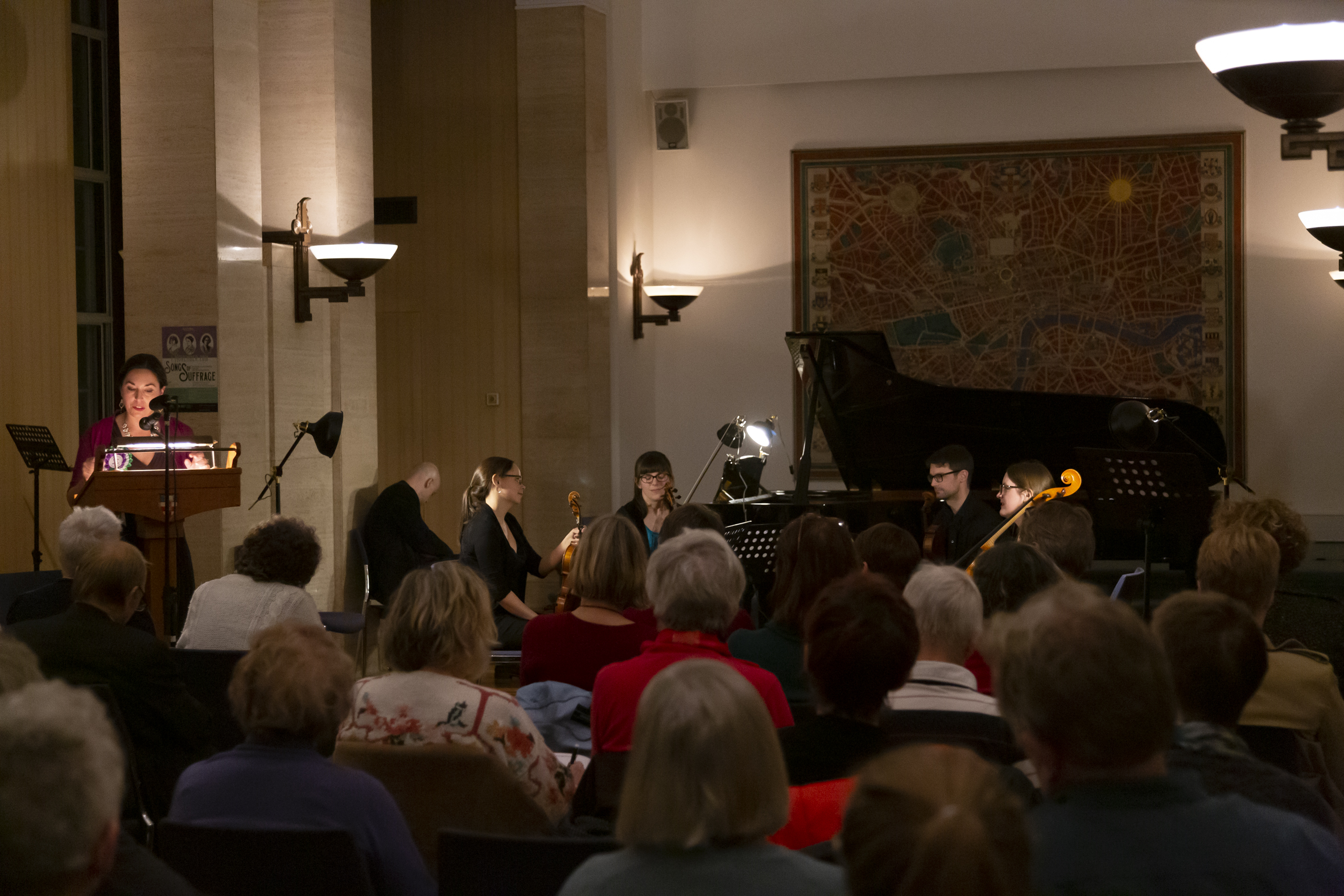 A concert of music and readings with exhibition of suffrage composers, 1900-1930. Music by members of the Berkeley Ensemble with Dr Kate Kennedy, broadcaster and historian (narrator).

The IHR and Senate House Library hosted a chamber concert featuring the work of three women composers active in the suffrage movement – together with readings from their diaries and letters, and from those of fellow suffrage campaigners.

The concert included music by Ethel Smyth (1958-1944) and Rebecca Clarke (1886-1979), who were prominent suffragists and members of the Society of Women Musicians, and by Dorothy Howell (1898-1982) whose work was regularly premièred at the Proms from 1919, but is now rarely heard.

The concert was accompanied by an exhibition of scores, diaries and letters written by these and other women composers from the period, drawn from the Senate House Library collection and Dorothy Howell’s archive – with kind permission from Merryn and Columb Howell, Dorothy’s niece and nephew.

The Berkeley Ensemble was formed in 2008 by members of Southbank Sinfonia, Britain’s young professional orchestra, with the aim of exploring the wealth of little-known twentieth and twenty-first century British chamber music alongside more established repertoire. It now enjoys a busy concert schedule performing throughout the UK and abroad, and is also much in demand for its inspiring work in education.

Dr Kate Kennedy is a well-known author and broadcaster on BBC Radio 3 and BBC television. She is the consultant to Radio 3 for their First World War programming and a specialist in early to mid-twentieth-century British music. Kate is also Deputy Director of the Oxford Centre for Life-Writing at Wolfson College, and teaches in both the English and Music Faculties.