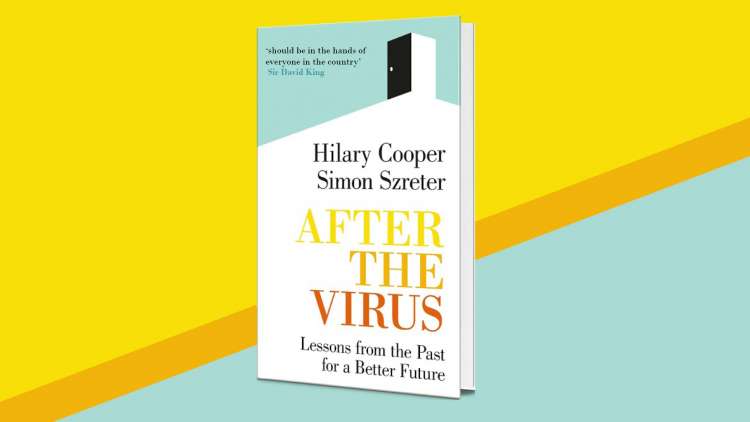 After the Virus: Lessons from the Past for a Better Future

History & Policy at the Institute of Historical Research was delighted to host a webinar on 23 September 2021 to mark the launch of the new book,  After the Virus: Lessons from the Past for a Better Future, by Hilary Cooper (former government economist and senior policy maker), and Simon Szreter (Professor of History and Public Policy at Cambridge University and co-founder and editor of History & Policy).

Why was the UK so unprepared for the pandemic, suffering one of the highest death rates and worst economic contractions of the major world economies in 2020? Hilary Cooper and Simon Szreter reveal the deep roots of our vulnerability and set out a powerful manifesto for change post-COVID-19. They argue that our commitment to a flawed neoliberal model and the associated disinvestment in our social fabric left the UK dangerously exposed and unable to mount an effective response, with particularly devastating consequences for deprived communities and elderly patients in care homes.

In the face of the coming century’s urgent problems, from climate change to biodiversity collapse and global inequality, the authors put the case for the vital role that history should play in enabling us to think differently – about the future economy, our future society, how we govern ourselves and who we want to be. Drawing on the history of British collectivist individualism, beginning with the Elizabethan Poor Laws, they argue that a strong and nurturing welfare state has facilitated the most successful periods of economic and social flourishing in our history; and a revival and adaptation of its principles can help us again in the twenty-first century.

At this virtual event Hilary Cooper and Simon Szreter discuss the ideas in their book, which was followed by a Q&A facilitated by Professor Philip Murphy.

After the Virus: Lessons from the Past for a Better Future is published by Cambridge University Press in paperback and as an e-book.

Get 20% off when you purchase this book – visit www.cambridge.org/afterthevirus and enter discount code ‘COOPER21’ at the checkout. Discount expires 30th July 2022.

Hilary Cooper is a former government economist and senior policy maker with expertise in labour markets, children’s services and local development. Her current freelance work examines the challenges of ageing. She was the joint winner of the 2019 IPPR Economics prize for the essay Incentivising an Ethical Economics, with Simon Szreter and Ben Szreter.

Simon Szreter is Professor of History and Public Policy at the University of Cambridge, researching economic, social and public health history. His publications include Health and Wealth, which won the American Public Health Association’s Viseltear Prize, and Sex before the Sexual Revolution, longlisted for the Samuel Johnson prize. He is co-founder and editor of History & Policy.